For vengenace, and the ashes of language. (G. Clarke) 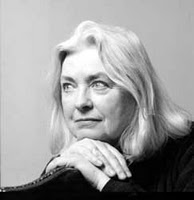 ‘Lament’ is an elegy, an expression of grief. It can be a sad, military tune played on a bugle. The poem uses the title as the start of a list of lamented people, events, creatures and other things hurt in the war, so after the word ‘lament’, every verse, and 11 lines, begin with ‘for’.

The poem is about the Gulf War, which happened in 1991 when Iraq invaded Kuwait, and the United States, with Britain’s help, bombed Iraq. This war has never really stopped. As we begin a new school year, it still threatens the world.

War can’t be waged without grave damage to every aspect of life. All the details in the poem came from reports in the media. There were newspaper photographs of cormorants covered with oil – ‘in his funeral silk’. ‘The veil of iridescence on the sand’ and ‘the shadow on the sea’ show the spreading stain of oil from bombed oil wells. The burning oil seemed to put the sun out, and poisoned the land and the sea. The ‘boy fusilier who joined for the company,’ and ‘the farmer’s sons, in it for the music’, came from hearing radio interviews with their mothers. The creatures were listed by Friends of the Earth as being at risk of destruction by oil pollution, and ‘the soldier in his uniform of fire’ was a horrific photograph of a soldier burnt when his tank was bombed. The ashes of language are the death of truth during war.

These are the word of Gillian Clarke about her own poem: Lament.

1. Which thoughts, feelings, ideas, reflections come to your mind as you read what she has written?

2. Provide an extra stanza for this poem.

This entry was posted in LITERATURE S3 2011. Bookmark the permalink.

21 Responses to For vengenace, and the ashes of language. (G. Clarke)