“Games at Twilight”, a collection by Anita Desai.

I aim to tell the truth about any subject, not a romance or fantasy, not avoid the truth.
Anita Desai

Set in contemporary Bombay and other cities, these stories reflect the kaleidoscope of urban life – evoking the colour, sounds and white-hot heat of the city. Warm, perceptive, humorous and touched with sadness, Anita Desai’s stories are peopled with intensely individual characters – the man spiritually transformed by the surface texture of a melon; the American wife who, homesick for the verdant farmlands of Vermont, turns to the hippies in the Indian hills; the painter living in a slum who fills his canvasses with flowers, birds and landscapes he has never seen.

1)    Describe the typical Indian elements Desai includes in the story.

2)    Choose three quotes to support what you analyzed in the point above.

Poverty: “The queue disintegrated into vociferous grumbles and threats as people went home instead of to the ration shops, empty-handed instead of loaded with those necessary, but, to Harish, dull comestibles”

“When Harish stooped and felt among the offerings for something his fingers could respond to, they were pleased, they felt accepted, “Swami-Ji” they whispered, “speak”

‘Nor had they seen a Swami who looked holier, more inhuman than Harish with his matted hair, his blue, starved skin and single-focused eyes.’

3)    Which references in the story make it more accessible to western readers?

There is a reference of the apple of knowledge for Harrish; Desai compares it with the effect of the flat melon seed.  That makes reference to Adam and Eva and it’s more connected to our religion and culture.

4) Explain what a swami is. Include images.

Swami is a Hindu term referring to an ascetic or yogi who has been initiated into the religious monastic order founded by Adi Sankara, or to a religious teacher.     The word swami means master; it means striving for the mastery over one’s smaller self and habit patterns, so that the eternal Self within may come shining through. The act of becoming a swami is not so much an acting of becoming, of adding on, as it is an act of setting aside, of renunciation. A swami is a monk, one who has set aside all of the limited, worldly pursuits, so as to devote full time effort to the direct experience of the highest spiritual realization, and to the service of others along those lines. Renunciation is a matter of priorities about how one will spend his or her time, the twenty-four hours in a day, and the seven days in a week. Traditionally renunciation is the fourth of four stages of life, although one who feels the call might renounce and become a swami at any stage of life. 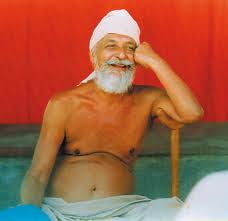 5) What could be the metaphoric reading of this story, especially to a western reader?

The metaphoric interpretation of this story I think is that how someone can change by watching simple small things his life for leaving everything he ever knew for a non-superficial life. OR

How Harrish abandoned all his duties in the city to become a Swami and the way he left his family, job, etc. In a western country this would be much more different because, to start with, swamis aren’t much common here. Furthermore, the change would be much more different, may be a man willing to get away from materialism and consummerism would go to the countryside and leave the city, but from it to become a Swami there is a huge gap. OR

How what we do and we don’t affects others, and we can see this from the very beginning of the story: “It” in the first line refers to what did buying that melon triggered, and how did she regret it. There is a clear epiphany in this story; when Harish cuts the melon, he discovers the beauty of the surface textures, and since that moment he starts feeling practically everything. OR

To leave the chaotic, materialistic city for a peaceful and silent place where you can think, like the country side.

This entry was posted in LITERATURE S4 2011. Bookmark the permalink.